I really want to share a story with you, on how my emetophobia has significantly decreased since last year. 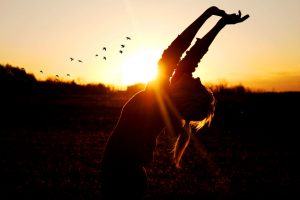 I can’t guarantee that it won’t come back, but right now – it’s at the best it has ever been, so I want to share it!

Anyone who knows me would know I completely freak out at the thought of throwing up. In fact, it’s even hard to say the word, and that V-word. I often just say “V” instead of the actual word. Ever since I was about 10, I had bad experiences which lead me to my phobia, and since then, it has been getting worse like a snow-ball effect, along with anxiety and they just made each other worse.

If any food fell on the ground, it would go in the bin without a doubt. If food touched the table or anything that wasn’t “clean”, I’d refuse to eat it. I also refused a lot of raw food because I was so afraid that it would be contaminated. The more I feared these things, little did I realise, I just stopped exposing myself to them. So, I would live a secluded life, making sure I wash my hands 5 times and making sure all food is “not contaminated” by my standards. I bet anyone living with me would’ve been driven crazy because I simply could not use things that fell on the floor.

Yesterday, something happened that really shocked me and my husband as well. A jalapeno pepper just fell out of the fridge and onto the ground. Without even thinking, I put it back in the fridge.

My husband’s reaction was: “Whoa, I can’t believe you’d actually do that! In the past, there would be no way you’d keep it!”

I almost couldn’t believe it. Really? That was me?

Okay, part of the thing that really changed was I educated myself a little. Before food got onto our hands, it probably touched the ground too. Heck, a chili pepper grew IN THE GROUND! So why should I throw it out just because it touched the ground here? Plus, I also read that cooking the food will destroy the bacteria, so I really shouldn’t fear it as much as I did!

In the past, I would be afraid of my food touching on anything that’s not a clean plate, bowl or something else. If it even touches the table by 5%, I would throw it out. Because now, I have to take photos of my food and often, I’d need to put them on the table, it has forced me to eat them afterwards because I would not want to waste all these delicious food that I made.

Another example is that I used to be so afraid of eating out, or eating anything besides the few things I made at home, because for a long time, I didn’t even expose myself to these foods, so I thought they’d just make me sick. Now that I’ve started a green smoothie each day, I use plenty of fresh fruits and veggies and I no longer have that screaming fear that it would poison me.

Another thing I remember is, I used to always need to wash my hand, thinking that if I don’t, I’d get ill. The truth is, I think those fears came from getting diarrhea a few times without knowing the reason, so I became paranoid and was afraid of everything. I think what I needed to learn was, when I got it last time, it was probably something completely random that even if I washed my hands 10 times and made sure everything was clean, I probably would’ve still gotten it!

I think if you don’t expose yourself to these fears, it will just get worse. Whatever the fear may be. If you close yourself from them because you are afraid, and nobody or nothing really “forces” you to confront them, they get worse. Soon, you may realise that your phobias are so much more severe than it used to be. I’ve learnt that really trying to expose myself gradually (like, I would never ever just recommend a person afraid of heights to go skydiving, or an emetophobic to vomit), but you can gradually expose yourself to the little things that make you cringe, and the more you do that, the more you may find that you are less afraid.

Good luck with all your phobias, and hope you can overcome them!

I read this little message on facebook yesterday, saying that “anxiety and depression isn’t a weakness” and I couldn’t agree more. If people had no emotions to guide them, we’d probably be enjoying someone insulting us. I would hate to imagine what kind of disadvantage we’d be in, if that happened all the time. When…

We all want to be healthy but it’s just so hard to find the time! How do you deal with managing time when you have to handle studying or work, cooking or even kids. Here re some tips for successful time management and better health. Multitask if Possible One of the best methods to manage…

There are a lot of anxiety relief programs on the internet. For example, there’s the Linden Method, Anxiety Free Forever and the Anxiety Free Child Program. I’m sure that lots of people would want to know more about them before buying, so I will give as much details I can about it. (Wouldn’t we all…

Have you ever came across rude and insulting people that seem to drop a cloud on your head? They’re like storms, willing to do anything to bring you down. No matter what you do or say, you can’t ever please them. This is what you need to do: Get rid of these people from your…

The whole nature vs nurture debate comes up a lot, and these are my thoughts. (Image Source) What shapes our Personalities? Our big part of what defines our personalities, besides our interests, are our emotions, right? We often determine by: “Are they happy a lot? Are they grumpy all the time? Are they constantly positive?…