I made an article about ways to reduce salt intake a little while ago and I just discovered a new exciting thing which I must share:

I think your taste buds may sometimes confuse saltiness with sourness. In fact, when I usually eat avocados with rice, I need a giant lot of soy sauce. Yesterday, I decided to try eating avocados with a little lemon juice and pepper, but decreasing the amount of soy sauce, and it worked!

I only needed a small drizzle and it was enough to satisfy me!

So if you are cooking soup, salads or anything that you usually want salty, add a little lemon juice. You may taste that it’s “salty”, even though it’s more sour. 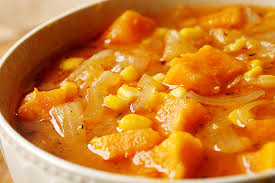 Include foods that are a bit sweet, such as sweet potatoes, onions and corn. If the food is a little sweet, salty and sour, you won’t need “that much salt”.

Yesterday as the first time I ever made a giant pot of soup and only put 1/4 teaspoon of salt, which has never happened. But when I tried it, I simply didn’t feel that it needed more because it had so many other flavours, such as the lemon juice, sweetness from foods and all the spices I put.

As a crazy baker, I need flours. Yes, more flours makes me happy! Since I realised just how little nutrition white flours are, I’ve been stepping away from that and finding my way into the wonderful world of whole flours, and I want to share some of my favourite flours I like to bake with….

There are some things in life that are just worth every single cent, and what I’m about to say below I believe is worth helping us become healthy! Blender If I had to choose one thing in the world that is 100% worth every cent I’ve spent, it would be my blender. I use it…

One of our favourite home recipes is this tea which promotes overall well being, longevity and helps symptoms of blood defency (anemia), fatigue and insomnia. Uses Promotes overall health and longevity. Great blood replenishment for women, particularly around that time of month, or people who have just gone under blood transfusions. Helps with symptoms of…

It’s brilliant that we, ourselves are interested in being healthy, but that’s not always the case with friends or family members. In fact, some can be pretty stubborn in remaining their ways. I feel that the best way to convince someone to eat healthy is to show them that they can still eat lots of…