I’ve recently been learning heaps about the raw vegan diet and I found out so many awesome information I Just had to share. 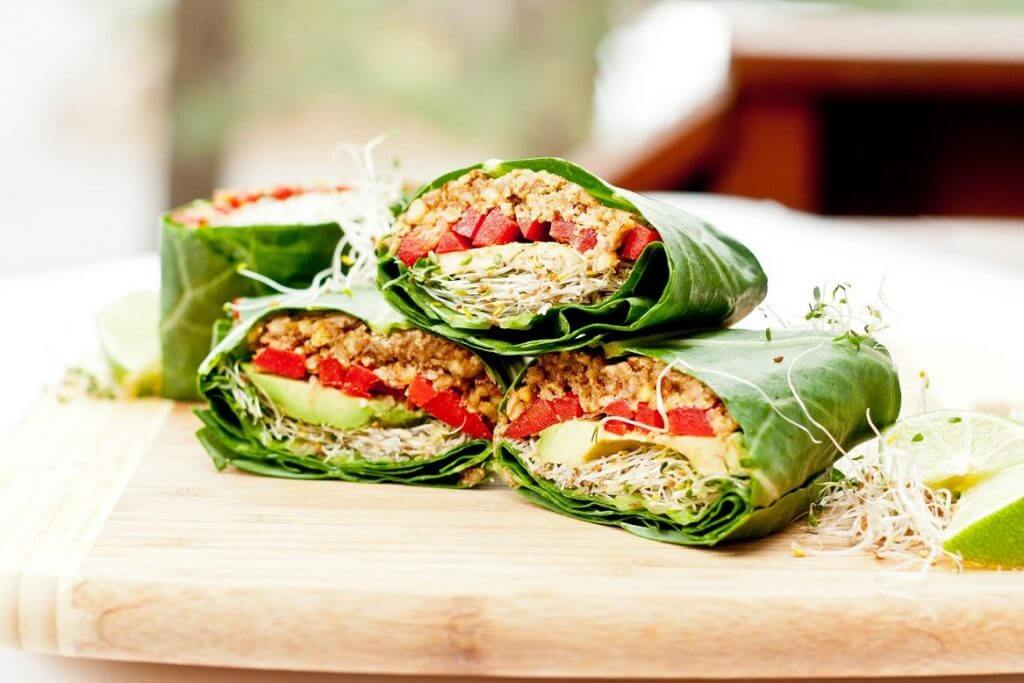 Important thing to remember: Please don’t actually shut out the idea until you’ve really tried raw vegan food prepared WELL, because if you had poorly prepared raw vegan food, that’s as bad as anything else that’s badly prepared.

Raw vegan diet is where you eat food not heated above above 40 °C (104 °F), and that you’re not eating any food that’s produced by or form an animal. Now, people may think that leaves you grazing in a pasture of grass like a rabbit, but I can assure you that is not the case.

One of the most important things people must learn is that raw food, if prepared well, can be as tasty as cooked food, if not even better. If cooked food can taste horrible, then so can raw food. It really all comes down to how you prepare it.

There are several ways you can achieve the sort of consistency as cooked food without actually cooking it, and one of them is to dehydrate the food. That is to leave it on in a warm temperature (that does not go above 104F (or sometimes a little higher)) overnight or for a set amount of hours. Then, the food becomes nice and dry, and feel as if they’re cooked.

Benefits of a Raw Vegan Diet

All you really need to see is Mimi Kirk’s results and you’ll see just how beneficial it is.

Firstly, raw food contain a lot of enzymes that are killed off while cooking, so eating it raw will help you get far more out of the food. (Though there are some foods that are better off cooked, such as potatoes).

Raw foods are often more flavourful so over time, you may even find that you won’t need to add so much spices to add flavour.

Eating food raw removes the whole problem of frying with oil and that if you’re not careful with what oil you’re using,t hey can quickly turn rancid and produce toxic chemicals that do damage to our bodies.

Live foods such as sprouts, something that is still growing as you’ve bought it, is one of the healthiest foods you can eat that can give you even more benefits.

Raw food does not mean you’re eating salads 24/7. There are plenty of other DELICIOUS things that can be made! Seriously, if you want one of the best experiences eating raw vegan food, simply make a trip to Suncafe in Hollywood, LA. That is likely to turn you into a lifetime fan!

How to get Started with a Raw Vegan Diet

I think even if you’re thinking of starting this, you need to add meals in your diet rather than remove and deprive yourself. See what you can add and start off with simple recipes. Go and get some books that really show you how to do it.

I love eating a raw vegan diet perhaps 70% of my day, with the other 30%, I eat something cooked.

It’s important to not start off preparing complicated dishes that take 13 hours to dehydrate.

Blending nuts like sunflower seeds with sundried tomatoes and such can honestly create some of the best tastes ever! Do try it!

Massage kale before eating, it will make it taste better.

Soak nuts before using, because nuts contain enzyme inhibitors that stops those enzymes from being used by our bodies. This is because nuts and seeds tend to fall during Autumn. If they sprouted during winter, they’d all die because of how cold it was. So, these enzyme inhibitors keep them in check so that doesn’t happen. However, once you soak them, it will remind them of the moisture spring, and they’ll feel the warmth, and that’s when they know to sprout and grow. This is what breaks down the enzyme inhibitor so your body can use it completely.

I think that one of the misconceptions we need to get rid of is believing that certain food taste will remain when blended with something else. For example, I will say this to anyone and they’d probably look at me with one of those blank, WTF are you crazy looks if I said, blend avocado…

“What can we do without a heart? We can’t cook, we can’t clean. In other words, life would be better without a heart!” Oh man, I just had to say that because it’s one of my favourite quotes. I wanted to share 25 heart healthy foods to keep your heart in glowing conditions! Nutrients that…

Silicone muffin cups Aren’t these just such a wonderful invention? Instead of buying paper muffin cups that you throw away each time, you can bake muffins in these, and it comes out easily, plus you can reuse them! Candy/Chocolate Molds These are amazing, they pop out so easily and you can mold brownies, candy or…

I weigh 46kg at most, and before anyone stares at me green with envy, let me say that I envy those who are actually able to put on some weight, which I’ll explain soon. Most people are so shocked that I could eat all the fatty and sugary junk food but not gain a single…